As kids, we’ve been dreaming about this stuff for decades, the Dick Tracy-esque watch. When Apple launched the 6th generation of their iPod Nano, it had watch written all over it – but something was missing oh yeah, a watch strap.

As a watch connoisseur, I’ve been eagerly waiting the launch of a real iPod Nano watch. Most of the ones that I’ve seen have either been made out of silicon or were just really a strap you “clipped” your nano to — not a safe thing if you ask me.  And then it happened, Scott Wilson (a former watch designer for Nike) created two great looking watch straps — the LunaTik and the TikTok and launched them through Kickstarter.

At first I was a little skeptical. We all know that not all concepts ever make it to fruition, but these were different.  Two distinct styles, two affordable price points. Fortunately, I’ve been able to test out the LunaTik watch band for the past few weeks – and put together a video review for everyone.

So far, this has been my daily wearer and the watch band is a lot more comfortable than it looks. It’s also conveniently priced too –

Turn your Apple iPod Nano 6th Generation into a bonafide watch, here’s all you will need: 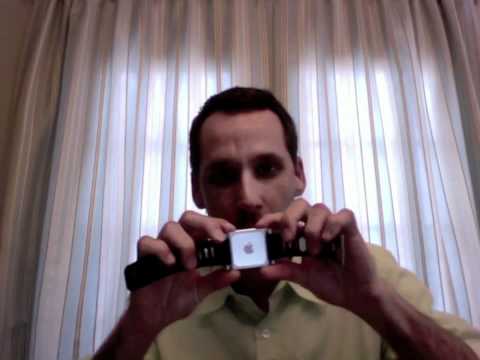