In case you haven’t heard the news, you can now schedule tweets on Twitter – but there’s a catch.

You have to do it through the Twitter Ads interface.

No, this doesn’t mean you’ll need to start paying Twitter to use their tool. Anyone can schedule tweets on Twitter using the ads tool.

Note: scheduling tweets through Twitter only works on a desktop. You cannot schedule tweets from a mobile device (yet).

Another thing that I find interesting. The timing of this announcement aligns perfectly with the upcoming Twitter IPO and suggests that Twitter plans to make money by giving all users the ability to create Twitter Ads.

What’s also interesting is that this could mean the end of HootSuite – more on that later though. 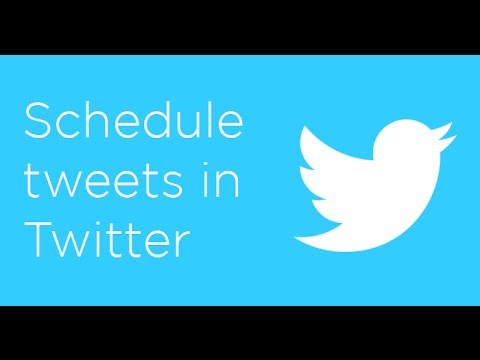 With scheduled tweets, you can also include photos, your location, as well as Twitter cards. Once you have scheduled out your tweets, if you need to edit them, click on Creatives > Tweets

Here, you’ll have the ability to see all of your tweets or just scheduled tweets. You can go in and delete your tweet.

If you need to make changes, you do not have the ability to edit a tweet.

Now that you have the ability to schedule tweets on Twitter without paying for services like HootSuite, this could soon make them obsolete.

HootSuite is a great tool for scheduling tweets and while they can be used to update other social networks like Facebook and Pinterest, you don’t get all of the features such as tagging users or pages.

For now, I recommend continuing to use HootSuite to monitor social media channels; however, I would get used to scheduling tweets within Twitter because I think that’s the direction things are headed.

Overall, I like Twitters interface for creating scheduled tweets and hope this is rolled out to mobile users at some point.