A lot of people who use tablets and smartphones often say that they’re only good for one thing – playing games.  For the past few months, I’ve been using my devices for reading – not books, or articles from the Internet, but newspapers thanks to an app called PressReader.

What is really neat about PressReader is that you can carry your favorite newspaper subscriptions with you in one convenient app. For example, I can download some of my favorites – USA Today, the Los Angeles Times, New York Post and The Washington Post (among others) and take them with me without carrying a huge stack of newspapers.

So what else can PressReader do besides let me read newspapers?

END_OF_DOCUMENT_TOKEN_TO_BE_REPLACED

While I love the stock apps that come on most smartphones and tablets; often times, they don’t unlock the full potential of the device. For example, they give the user minimal control to color correct a photo or to crop out unwanted portions of a photo. As a result, photos often turn out lackluster when they should have turned out superb.   Fortunately, there are a lot of great photo app alternatives that you can download from the Android Marketplace.

As a heavy smartphone and tablet user, I like to keep a number of different apps on my devices – this way I have choices when deciding what kinds of edits to make to a photo.  To help you sort through the approximately 400,000 Android apps, I’ve selected 5 must have photo apps for Google Android smartphone and tablet owners.

5 must have photo apps for Google Android devices

END_OF_DOCUMENT_TOKEN_TO_BE_REPLACED

When Apple announced the Apple iPad, it was extremely well-received in the market. So much so, that lines formed practically everywhere and prices on the gray market nearly doubled. I’ll admit, I also spent some time in line too.

For most users though who purchased the Apple iPad 2 as a laptop replacement, you’re probably feeling a little burned, since it does a lot of things great, but unfortunately, doesn’t let you play Adobe Flash games or visit websites built using Flash.

Luckily, one of the strongpoints  to the iPad (and the entire Apple ecosystem), are the thousands of apps available in the app store, which help you expand the capabilities.

While I’m not much of a flash user, I do run across the occasional website that I can’t view on my Apple iPad. Fortunately, there is a solution for viewing Flash websites and playing Flash games on your iPad – it doesn’t require you to jailbreak the iPad either (win)!

Here’s a brief video on how to run Adobe Flash on your Apple iPad. 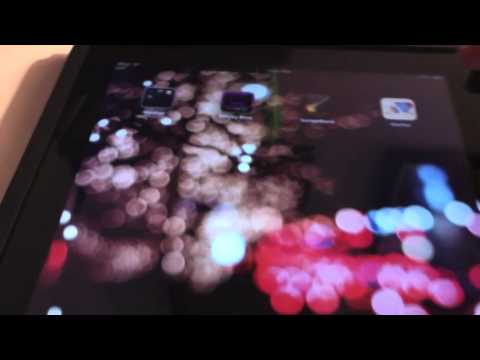 So I have to ask, do you feel your Apple tablet could replace your laptop? What other features does it need?